Posted by rocklobsterjwt in Uncategorized on April 17, 2016 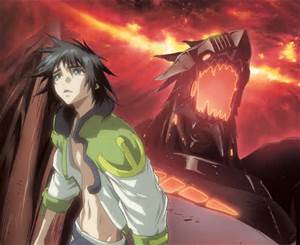 Summary: In the distant future, the human race has been scattered across galaxies into various “tribes”: The ancestral Golden Tribe, the Silver Tribe, and the Bronze Tribe, who caused so much chaos that they were transformed into powerful beings called Nodos and subservient to the other Tribes.  Humanity is called the Iron Tribe and seen as a threat to the Silver Tribe.

One day, the starship Argonaut and the clairvoyant princess Dhianeila find a child-like human named Age who can transform into a Nodos named Bellecross (despite being raised by the Golden Tribe). Could Age be the key to save and unite the Tribes?

END_OF_DOCUMENT_TOKEN_TO_BE_REPLACED

Posted by rocklobsterjwt in Uncategorized on March 13, 2016 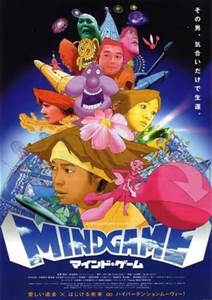 Distributor: No American company has released this on DVD, however Netflix carries it.

Summary: Nishi is a 20-year-old aspiring manga-ka who meets his childhood crush, Myon, on the subway. He declares his love for her, but she is actually engaged to someone else. They go to her father’s restaurant, where we meet Ryo, her fiancée, her elder sister, and her father. Suddenly, two yakuza gangsters enter and threaten to kill and rape Myon. Her boyfriend is knocked out, unable to help. Nishi tries to stop them, but is literally shot in the butt, where he dies and meets God. Unable to accept his death, Nishi runs right past God back to the world of the living, where he gets a second chance. He kills the yakuza and then escapes with both Myon and her sister, eventually ending up in the belly of a whale.